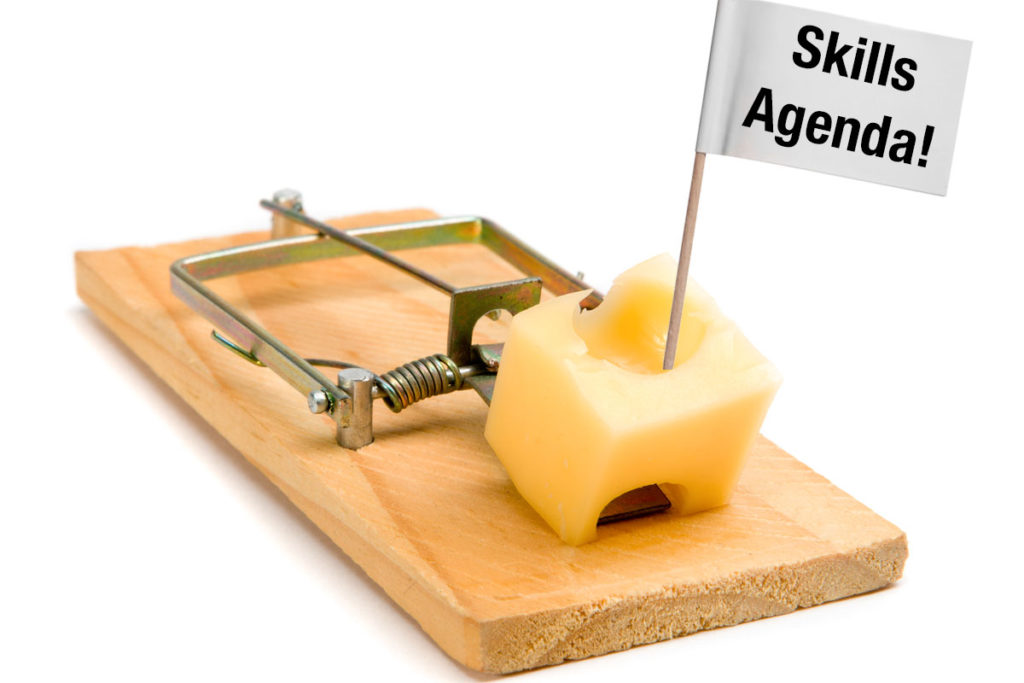 While sitting on my train back from Brussels after the European Education and Training & Youth Forum 2016 (ETYForum) I thought it would have been useful to debrief my general feeling of frustration and disillusion I realised I had after the event.

On a general note, the ETY2016 Forum was a big failure. Although I usually have no major faith on this kind of kermesses in being able to address the challenges that Education and Training systems face in Europe, this year's edition was particularly bad, if compared to previous years' ones. To summarise: the organisation was superficial, the content scope was narrow, the outcomes were almost non-existent.  Having taken part to some of the previous editions, I can witness that this year the effort put by the conference organisers was clearly minor than the previous editions. Last year, for example, the ETYForum focused on several different topics, including Citizenship education and Social Inclusion  - happening just after the terrorist attacks in Brussels and the consequent Paris Declaration. Several speakers from civil society were asked to intervene with TED-like presentations who fuelled the Forum with interesting ideas and point of views.

This year's edition was clearly organised in a rush. The list of weaknesses I did notice was long: there was no remarkable name in the list of speakers; the input collection mechanism was not transparent and the outcomes presented were ridiculous; the way to give input was limiting and the sessions were inefficient as they grouped together people with great difference of expertise; the discussions in the panels were bland, touching different topics superficially. I did not take part in the high-level panel the first day - as I was taking part in the Commission's working group on Digital Skills and Competencies which I don't know for which reason was overlapping with the Forum (both organised by the same Directorate)  but I could follow the discussion on Twitter and I took part in the rest of the activities, two workshop rounds  1) Tracking Graduates, towards a European benchmarking system; 2) Digital Skills and Competencies; plus the final plenary and "presentation of the results".

Central to the discussion was the "New Skills Agenda for Europe - Working together to strengthen human capital, employability and competitiveness" a new initiative which came in the form of a communication by the European Union, whose name is rather explanatory of the direction taken by the European Commission. Another recurrent idea of ETYForum was the duality between hard skills and soft skills and the importance of the latter over the former for young people to find future jobs. For Lifelong Learning activists like me, the Skills-centric Education is extremely sad, as it impoverishes the role of Education to a Skill-checklist.  But how did we move from Lifelong Learning (priority of the Lisbon Agenda, in the early 00's) to the Skills Agenda? The line of reasoning behind this transformation can be summarised in short.

Europe is facing a huge unemployment crisis especially for youth; at the same time, the demand for ICT-related jobs is increasing exponentially which determines the so-called skill mismatch between Education and the Knowledge Labour Market. The goal is therefore to change E&T systems to adapt to the new skills requirements, or if possible even anticipate: this is what was named Skills intelligence, or the ability to predict future job trends and the skills required to accomplish them. Additionally, transversal (or soft) skills are important in every future job: resilience, flexibility, critical skills but more importantly entrepreneurial and digital skills. The European institutions have given to birth a plethora of tools for eliciting, certifying and giving value to these types of skills: latest examples are the so-called DigiComp and EntreComp, two lists of desired Digital and Entrepreneurial competencies which people should aim to get to have better chances to find an employment.

The Skills rhetoric is this simple: in a world which is transforming fast thanks also to digital technologies, E&T systems seem, more than ever, slow-responding and inadequate to prepare young people for high-demanding, knowledge-intensive jobs. The labour market urges for highly flexible workers who master several different skills and are able to adapt rapidly. In most of the cases, young people do not have these requirements and therefore have hard-times to match with adequate jobs. For this reason, according to the EU is necessary to change classical educational degrees into a Skills checklists. We do not care anymore about all the all the transversal competencies and the pedagogical missions: Education itself loses its meaning and it is replaced by Skills ( in the Education and Training Forum the words "Education" and "Lifelong Learning" were almost never mentioned).

At the ETYForum an interesting question came from the crowd: "Can we please stop asking young people the moon and provide them with entry-level jobs so they can learn themselves at workplace what is really needed?" - innocent but fair question. In the past, with when long-term contracts were still a fashion, companies used to have an unskilled workforce, it was their burden to train them with the right skills needed and they were willing to do that as the future human investment. Now what companies want are just ready-to-use workers, young, skilled, highly prepared, which they can use for the length of a project and throw them on the street soon after. This a rather annoying consequence of the flexible job market.

I think personally that we are failing to see the elephant in the room. There is very little chance to reduce youth unemployment in a world where increasingly more jobs are going to be replaced by robots and automation. There is little we can do apart from recognising that is not young people's fault they will find no employment. Rather than being unemployed, young people  will be (in most of the cases) unemployable. It doesn't make any sense to blame them for not having the right skills. It looks like we all need to be superheroes or we won't be able to get a job. I think new balancing mechanisms must be adopted to prevent people for poverty and exclusion, including forms of basic income, training at the work place and entry level jobs . This would be, in my view, much more effective than just blaming Education and young people of not being "skilled" enough.

Interesting read about the Skill-gap:

There is no skills-gap: it is employers who have not kept up with the improved skills of graduates